This, with one key correction that you will notice in the second paragraph, is the latest edition (mailed out Feb. 9) of my occasional e-mail newsletter, which you can subscribe to right here:

About five-and-a-half years ago, I spent a few days in Wuhan. It was on a China tour with four other U.S.-based journalists that had been organized by the China-United States Exchange Foundation (a trip that I wrote a little about in this very email newsletter at the time). The original travel plan had included an excursion to Urumqi in China’s far northwest, but a deadly car bombing at an Urumqi street market put the kibosh on that (as well as helping to inspire the government’s brutal effort to “re-educate” the area’s Muslim population in concentration camps), and our itinerary was changed to Beijing-Wuhan-Shanghai.

Wuhan is a city of 11 million on the Yangtze River 500 miles due west of Shanghai. It has long been an inland transportation hub (“the Chicago of China,” people kept telling us; “Stove City” is another nickname, because it gets so hot in the summer, and there was some talk of it being the “Detroit of China” because they make cars there). It also has a big concentration of institutions of higher learning. As the Chinese government tried to stem the huge tide of young people moving to the country’s booming coastal cities, it had singled out Wuhan for attention and investment. Wuhan had been the second-biggest city in the world without a subway system, after Mumbai, but now it was getting one. (Mumbai now has a subway, too, but there’s just one line in operation there while Wuhan already has nine.) Futuristic new office parks were going up on the outskirts of town in an attempt to lure tech companies.

We flew from Beijing, where the skies had been surprisingly clear and blue, into the middle of a major pollution alert. As my trip-mate Andrew Edgecliffe-Johnson wrote in the Financial Times:

Of the 199 cities tracked by my iPad’s air-quality app, Wuhan ranks as the most polluted by some way. On a day when the readings for Beijing and Shanghai are 112 (“lightly polluted”) and 152 (“unhealthy”) respectively, Wuhan gets the maximum score of 500 (“beyond index”). The Pm2.5 reading – reserved for particularly pernicious particulates – is almost 900.

This cast a pall over the city, making even beautiful parts like Wuhan University‘s hillside campus and nearby East Lake look mostly … gray. And there weren’t that many beautiful parts. Construction work on the subway and other projects was partly to blame, but even the not-under-construction parts of the city tended toward the sprawling and the charmless. Oh, and those futuristic new office parks on the outskirts? Mostly empty, while nearby apartment blocks appeared to be completely devoid of life. Lots of young people came to Wuhan for college, one local official told us resignedly, but it was really hard to get them to stick around after graduation. 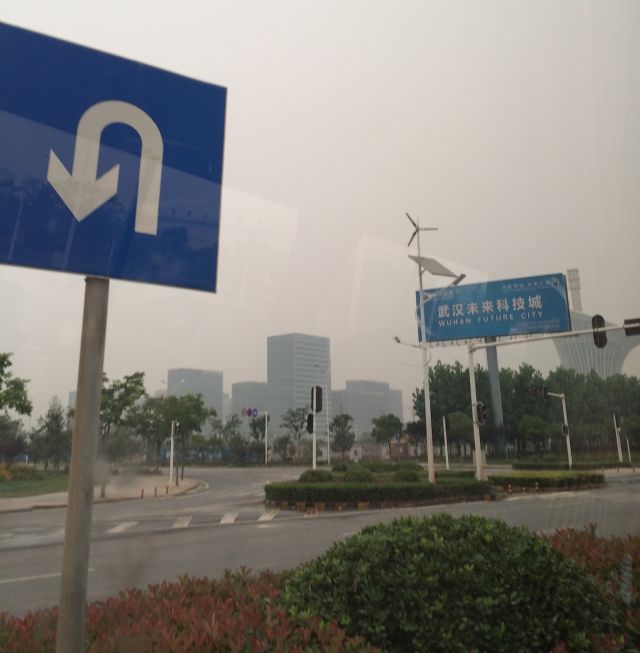 We didn’t stick around long either, instead boarding a high-speed train to Shanghai, where a very pro-government venture capitalist assured us the next day that Wuhan was merely going through some growing pains. We were skeptical. Since then, we’ve been emailing one another every time Wuhan pops up in the news, and it’s never been for anything positive: The city has been beset by major floods, air-traffic controllers who fall asleep on the job, people dumping feces on “dancing grannies,” a Wuhan University medical student dying from excessive sperm donation, and … empty apartment buildings.Now, of course, the news from Wuhan has turned downright awful. After local authorities there bungled the initial reaction to the outbreak of a deadly and contagious new coronavirus, the Chinese government effectively abandoned Wuhan and the rest of Hubei province in hopes that cordoning the region off would slow the spread of the virus. Whether that’s working is still very much in question, but resulting shortages of hospital beds, medical supplies and medical personnel in and around Wuhan have definitely increased the death toll there. As of Monday morning China time, 871 of the 910 confirmed deaths from the disease worldwide had been in Hubei.

All of which is a long way of saying that I’ve been thinking a lot about the place lately. Especially the good parts, like the food and the people we met. Wuhan really needs boosters these days, and I’m rooting for it. Praying for it, too.

I haven’t been writing about it, or the virus in general. Diseases aren’t among my areas of expertise, although if this one keeps spreading I guess we’ll all have to get up to speed. I did want to share some of my (limited) experience with Wuhan, though, and this seemed like a better place to do that than my column.

So what have I been writing about in said column?

Academic publishing. Yes, it might seem a little arcane, but there’s lots of money in textbooks and even more in scientific journals, and a battle under way for control of scholarly publishing that will shape how scientific research is communicated and even conducted. I wrote about a rumored executive order from the Trump White House (it’s still only a rumor) that would require all government-funded research to be published without paywalls, then went to a conference in Berlin to learn about how publishers are coping with similar efforts in Europe. There’s more to come in that vein, but in the meantime I also just wrote about why college-textbook prices have stopped skyrocketing, and whether that can last.

How and where we live. Walking around the lovely Berlin neighborhood of Dahlem, where multi-million-euro mansions co-exist comfortably with apartment buildings, gave me the lead-in to a discussion of the strangeness of single-family zoning that I’d been meaning to write for a while. I also wrote about people leaving Amsterdam, London and Paris; people leaving California for nearby states; people leaving New York, Illinois and California for all over; and the changing politics of housing in California.

Transportation. I wrote a followup to my July saga about Amtrak’s long-distance trains, this time with an (I think) more sophisticated analysis of the railroad’s finances. That same week, Devin Leonard had a great Bloomberg Businessweek story about Amtrak’s feathers-ruffling CEO, and a few days later I wrote a column about the U.S. freight-rail successes that Amtrak’s creation in the 1970s helped enable. I also wrote about how much a parking space in Manhattan is really worth.

Christmas. Just one column, but a loooong one, detailing the role of Washington Irving and a few other early-19th-century New Yorkers in creating the modern Christmas holiday. It’s also available free of paywalls (but also free of illustrations and links) at Yahoo! Finance.

Some other things. “The Secret to America’s Low, Low Taxes,” “How Soybeans Became Ubiquitous” (also available as “intelligent audio for busy people” from something called Curio), “Lots of Teens Are Still Shunning Cars,” “A 1988 Climate Warning Was Mostly Right,” and “U.S. Could Actually Use More Nigerian Immigrants.”