A few weeks ago, my wife stopped by the Borders at the Jet Blue terminal at JFK, and could not find Myth of the Rational Market (Borders ordered hardly any copies when the book first came out). Well, I'm in the Jet Blue terminal right now waiting for a flight to Oakland, and I can report that times have changed: 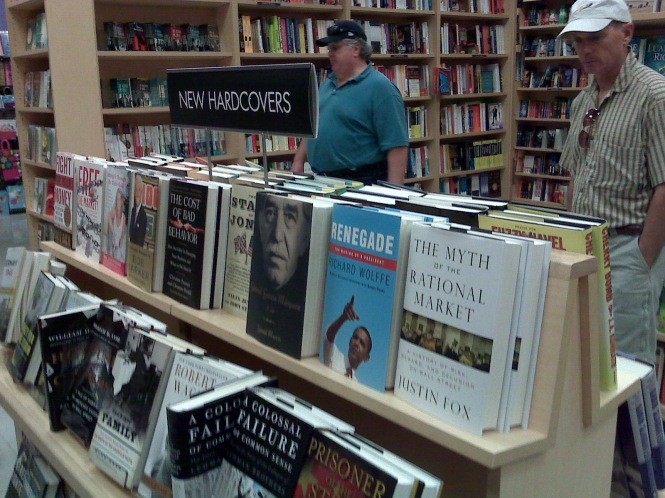 After I took this photo, a guy who saw me doing it (not one of the guys in the photo) immediately began checking the jackets of the books on the table. When he got to Myth and saw my picture he stopped, walked over to me and said, "Congratulations." His wife, he said, had done the same thing when her book came out.